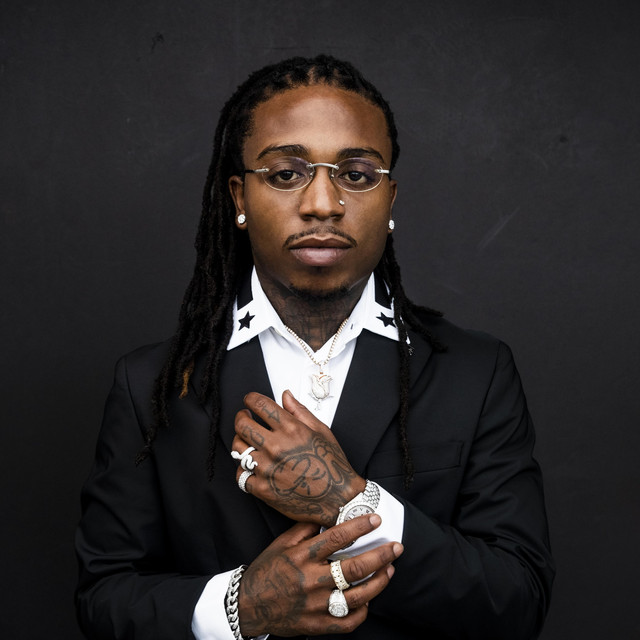 When Jacquees proclaimed himself “King of R&B…of his generation,” he did so with the accolades and achievements to back up such a bold, brave, and big claim. Within 6 years since the release of his breakout mix-tape Round of Applause, the Atlanta singer quietly ascended to the genre’s vacant throne over the course of a banner 2018 & 2019. During that time, his critically acclaimed full-length debut for Cash Money Records, 4275, earned a platinum smash with “B.E.D.”—which received a nomination for “R&B Song of the Year” at the iHeartRadio Music Awards—as the follow-up single “You” went gold. The latter served as a staple from the Documentary Soundtrack for Before Anythang and Lost At Sea II—his collaborative project with Birdman. As he took over Urban Radio, he maintained a prolific recording pace, paving the way for the arrival of his 2019 sophomore offering, King Of R&B. “The first round was 4275 as my debut, and I took it like a fight, because I call myself ‘King of R&B’,” he explains. “Everybody took it the wrong way—or however they want to take it. Just like a boxer, anybody in a fight, or in any other type of competition, there are rounds, so I’m proving a point. This is King Of R&B for me. I’m up against a fight, because there are a lot of doubters. There are a lot of people who believe in me, but there are a lot of people who don't.” King Of R&B sees Jacquees land a knockout for R&B and once again affirm his position as “King of R&B…of his generation.”