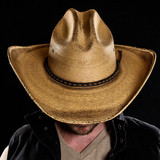 Scott is a seasoned Texas Country artists who has cut his teeth for over a decade all accross Texas and surrounding states in bars, dancehalls, and amphitheaters. Scott has sharerd the stage with some of the Texas giants like Pat Green, Randy Rogers Band, Wade Bowen, Casey Donahew, Jason Boland, Cory Morrow, Josh Abbott, Charlie Robison, and many more. Scott has released 4 studio albums, 1 EP, and new singles spanning from 2005-2020.

He has had multiple songs in the top 10 and top 15 of the Texas music charts and has a steady and growing fan base. Songs Like "Lonely Is Holding Me" and " Perfect Way To Fall" reached the #5 and #6 spots on the Texas Music Charts at one point.