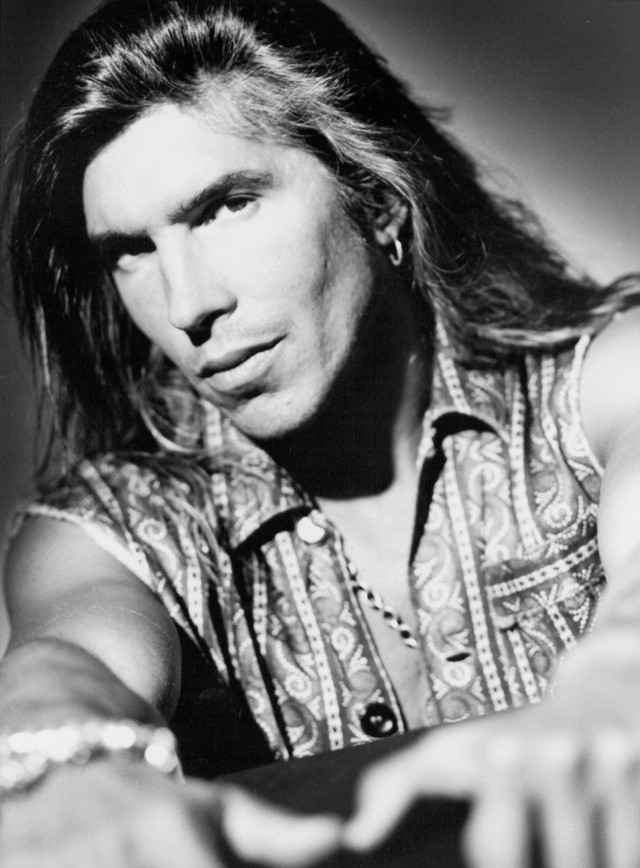 One of the most popular guitarists to emerge from '80s-era heavy metal was Dokken's George Lynch. With an arsenal of snazzy-looking guitars and speedy solos, Lynch helped propel Dokken toward the top of the charts for a spell (before interband tension broke up the group), and later, launched a solo career. Although born in Spokane, Washington, on September 28, 1954, Lynch was raised in Sacramento, California, where he took up the guitar as a teenager. Influenced by the likes of Jimi Hendrix, Leslie West, Jeff Beck, and Allan Holdsworth, Lynch played the L.A. club circuit throughout the '70s, including gigs with such forgotten acts as Sergeant Rocks, Xciter, and the Boyz. It was as a member of the latter band that Lynch met drummer Mick Brown and singer Don Dokken, which led to the formation of Dokken by the early '80s. With a sound akin to a more melodic Van Halen (and their lyrics often dealing with the subject of heartbreak), Dokken issued their debut recording, Breaking the Chains, in 1982, first through the European label Carerre before Elektra signed the group and reissued the album in the U.S. Although Ratt bassist Juan Croucier played on the album, newcomer Jeff Pilson became a permanent member soon after. Two back-to-back gold-certified albums followed, 1984's Tooth and Nail and 1985's Under Lock and Key, as Dokken became one of hard rock's most promising young bands. It was also during this time that Lynch began receiving recognition for his six-string skills. With Randy Rhoads deceased and Eddie Van Halen focusing more on songwriting than shredding, guitar slingers were looking for a new hero by the mid-'80s, and Lynch fit the bill, as he received countless accolades and appearances at the top of polls in guitar magazines. Lynch also became known for his interesting-looking instruments, especially one carved into the shape of a mangled skeleton (a long and fruitful relationship with the ESP guitar company also began around this time). But with major breakthrough success beckoning, Dokken seemed to come apart at the seams. It was no secret that Lynch and Dokken never saw eye to eye, and their shaky relationship only worsened during the tour in support of 1987's platinum hit, Back for the Attack (an album which included the Lynch guitar showcase "Mr. Scary"). Even a slot on 1988's much-hyped Monsters of Rock U.S. tour (which also included Van Halen, the Scorpions, Metallica, etc.) couldn't save the sinking Dokken ship, as the group announced their split shortly after the tour's completion. After an obligatory live album, Beast from the East, was issued, Lynch opted to form a new outfit, the Lynch Mob, instead of what many fans hoped for: a guitar-shredding solo album. Joining Lynch in the new outfit were singer Oni Logan, bassist Anthony Esposito, and former Dokken drummer Jones, who issued their debut album, Wicked Sensation, in 1990. While the album performed respectfully on the charts, the group's sound was almost a carbon copy of Dokken's and failed to break the group commercially. Throughout the early '90s, Lynch issued another release under the Lynch Mob name (1992's self-titled sophomore effort) and as a solo artist (1993's Sacred Groove), the latter of which Lynch originally planned on inviting such singers as Phil Anselmo and Chris Cornell to guest on, but wound up settling on Matthew and Gunnar Nelson (!), among others. With both Lynch and Dokken's separate careers not what they once were, the singer and the guitarist settled their differences at the behest of their record company, as the Lynch-Dokken-Brown-Pilson lineup of Dokken reunited in 1994. An "unplugged" album/home video followed a year later, One Live Night, but old habits were hard to break, as Dokken and Lynch butted heads once again trying to settle on a musical direction on such subsequent lackluster studio albums as 1995's Dysfunctional and 1997's Shadowlife. Both albums failed to return Dokken back to the top of the charts, and Lynch left the group once more shortly thereafter. The late '90s and early 21st century saw Lynch alternate between issuing albums with the Lynch Mob (with varying members) and as a solo artist, resulting in such further titles as Smoke This, Will Play for Food, Wicked Underground, the latter of which saw Lynch reunite with ex-Dokken bassist Pilson, Furious George, Scorpion Tales, and 2010's Orchestral Mayhem. In addition to releasing albums and touring, Lynch has been known to perform at guitar clinics and instrument expos (especially NAMM), and has developed his own signature guitar series with ESP and a high-nickel content string through Dean Markley. ~ Greg Prato, Rovi