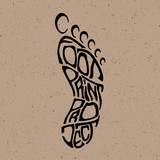 The Footprint Project is a ten-piece Brass‘n‘Beats Combo from Berlin. Assigning them to a genre is no easy task, because when jazz, afrobeat, funk and breakbeats merge into a groove mosaic marked by changes in tempo, key and rhythm, joints and genre boundaries loosen up equally. The line-up of the band is as unusual as their sound. Drums, beatbox, bass, keys and guitars build a crisp foundation for sharp Brasslines and soulful vocals. The name says it all: Footprint Project wants to move and count the footprints on the dance floor after the show.  They have been playing club and festival concerts throughout Germany since 2016. In December 2016 the band released their debut album „Leggi Leggi! (senegal. Wolof for „See you soon!“) on the Potsdam label Lalonova Records. May 2018 saw the release of their second album „Ask For Directions“. The band has played support for Earth, Wind & Fire, LaBrassBand and Nneka and was part of the concert series „Music of the Metropolises“ of Radio COSMO. Currently, Footprint Project is working on their third studio album, which is scheduled for release in autumn of 2021.