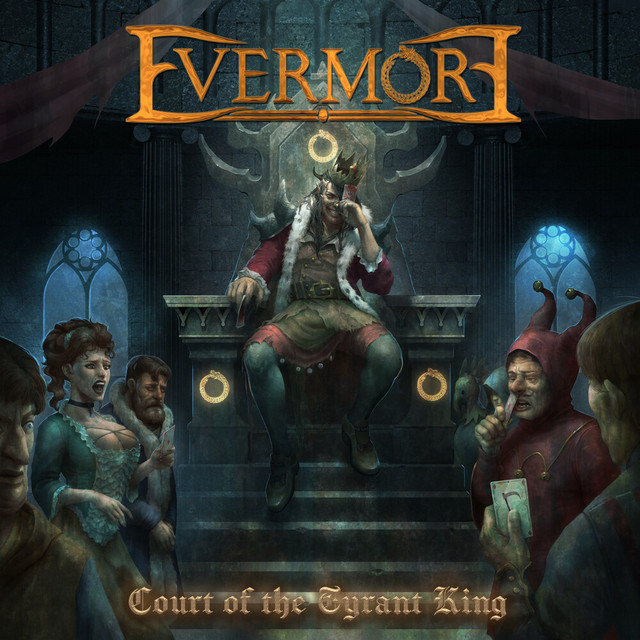 Evermore is a melodic metal band from Sweden, originally formed in Karlskrona, in the southeastern region of Sweden.

It was originally a two man band consisting of members Johan Karlsson and Andreas Vikland. Karlsson and Viklands formed a band in the early 2000’s by the name Euphoria consisting of five band members. Later on Euphoria was disbanded but Karlsson and Viklands continued making music together throughout the years. Later on in 2019 singer Johan “Blizz” Haraldsson joined the band as lead vocalist. Evermore’s influences comes from a wide range of bands hailing from heavy metal bands such as Helloween, Judas Priest, Iron Maiden, Avantasia, Edguy and Stratovarius but also from heavier or more thrash metal oriented groups like Metallica, Pantera and Megadeth. The band favors a heavier tone compared to other more power metal oriented bands but have always rooted themselves in strong melodies and melodic riffs. The idea behind Evemore’s music has never been to lock themselves in a musical direction. Evermore released their first EP Northern Cross on September the 5th 2020 consisting of three tracks; By Death Reborn, Call of the Wild and The Northern Cross. Northern Cross. All music, lyrics, composing, musical arrangements and recordings of Evermore are created by Karlsson and Viklands. We just want to make music that makes you feel good and want to scream along in your car or even better; maybe even change your mood a little when life is kicking you in the ass.