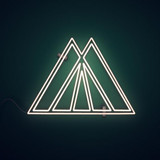 Avenue Inn has carved a unique space in the Canadian music scene since their formation in 2012, playing countless shows around southern Ontario and sharing the stage with acclaimed artists such as Coleman Hell and Young Empires. Influenced by the amplified and impassioned presence of bands such as the Arctic Monkeys, Kings of Leon, and the Arkells, the Niagara Falls natives have been carefully crafting their own approach to alternative rock with their new album set to be released in 2018.