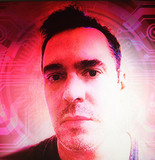 “Way back I can remember being about five years old and driving my father insane playing a 78rpm vinyl record of Gene Autrie's Frosty The Snowman over and over about a million times." This recollection is from a person who has been wearing out turntables, CD players, DAT machines and hard drives ever since.   In 2003 Arlin was signed by CEO Robb McDaniels to San Francisco label INgrooves, at that time home to a diverse roster of acts including Tina Turner, The Crystal Method, Jimmy Buffet, Jody Whatley, Paul Oakenfold and Dolly Parton. "I fit right in!" he says, joking.   As for playing live Arlin explains, "I've avoided the misery of touring small clubs, instead choosing to perform occasionally at really huge festivals like Washington,DC's Capitol Pride show in front of 225,000 people (on Pennsylvania Avenue in front of the U.S. Capitol building) or Baltimore Pride opening for Crystal Waters in front of a crowd of 30,000. That's like the equivalent of two stadium audiences. Why play the bar circuit when you can sing to an audience twice the size of Madonna's when she's in town? The first time I ever performed at a big festival she was in DC where I live. She played for 15,000 at Verizon Center. Same day I sang for a quarter of a million people. No comparison. Plus, the big shows are a lot more fun!"