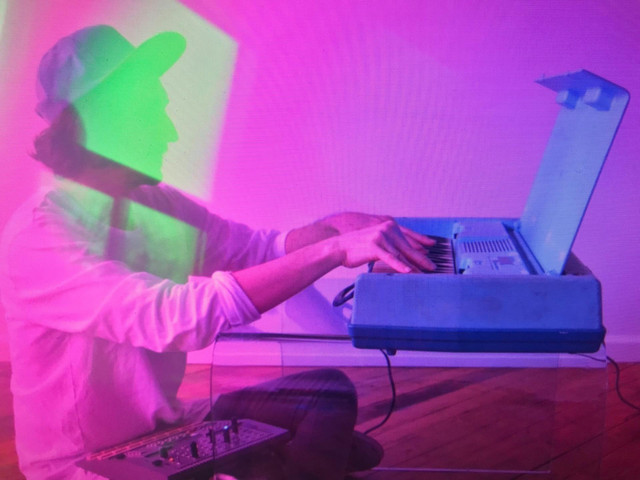 Founded by singer/songwriter/multi-instrumentalist Kenny Vasoli, Vacationer play a sophisticated form of dreamy indie pop shaded with exotica and Tropicalia influences. Vasoli's unique production style is equally inspired by the ambitious orchestral pop of Brian Wilson as well as the choppy, sample-based constructions of hip-hop beatmakers like Madlib. After developing their sound and supporting the project's first two albums with extensive touring, Vacationer released their third and most accomplished full-length, Mindset, in 2019. Prior to Vacationer, Vasoli was known as a member of pop-punk/emo band the Starting Line, as well as his more experimental outlet Person L. Gradually, Vasoli became tired of making aggressive music and screaming at the top of his lungs every night, so he formed Vacationer as a way to explore more relaxed, escapist moods. Rhythmic, heady, and hypnotic yet peppered with heartfelt lyrics and genuine emotion, Vacationer's debut EP was released in 2011, followed by the full-length Gone in 2012; both were put out by Downtown Records. After touring with bands like Asteroids Galaxy Tour and Bombay Bicycle Club, Vacationer's second album, Relief, was released in 2014. Several years of extensive studio work resulted in the band's third full-length, the Daniel Schlett-produced Mindset, which arrived in 2018. Wavelengths, a fully instrumental album recorded during the same years as Mindset, was issued by Paxico Records in 2019. ~ James Christopher Monger & Paul Simpson, Rovi