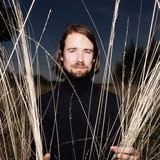 Bram Stadhouders (born 23 January 1987) is a Dutch improviser and composer, best known as the guitarist that triggers the largest transportable fairground-organ in the world. He discovered the possibility to send midi signals to barrel organs and also triggered a church organ. His first album as a leader "Tonelist" was released in 2007, followed by 9 more albums, of which 5 are released on Challenge Records. Combining new technology and classical musicians with free improvised jazz and ambient sounds, makes him one of the most impressive figures on the contemporary music scene.Bram has been selected for several important highlights such as the Dutch Young VIP tour, North Sea Jazz Composition Assignment, "Take Five Europe", BIMhuis Carte Blanche and more. <br>