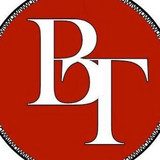 and Justin Stone on piano. The 3rd album "Hey, Where'd Everybody Go?" was released as a digital only EP in 2017 and features the return of Neil, "Pag" and Frankie Banali. The 4th BangTower album, “The Road We Travel” features the return of Neil and "Pag" and includes the addition of studio musicians "Rudd Weatherwax" on drums and "Maynard G Krebs" on horns. By combining digital technology and traditional studio recording techniques, musicians from across the country are able to collaborate, write and record intricate, soulful music with a distinctive and fresh personality that can be enjoyed numerous times. Although each piece of music is an exceptional stand-alone masterpiece, it remains an integral part of the over-all context and feel of the music, and the BangTower project as a whole.