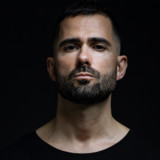 After confidently bursting onto the scene in 2006, Spanish producer Albert Neve firmly cemented his reputation as one of the leading lights of the electronic music scene in his native country with a string of outstanding remixes releases and collaborations. With support gained from the likes of Armin van Buuren, Afrojack, Roger Sanchez, Bassjackers, Hardwell, Sander van Doorn, Laidback Luke, Nicky Romero, and many more, the Barcelona born Neve continues to rise swiftly through the ranks of the scene after beginning his music career at the age of just 15. He quickly established himself as a producer with a level of talent and maturity well beyond his years, initially running his musical career alongside his studies in IT engineering, but it wasn’t long before Albert gained his first taste of success, and was able to concentrate on his passion full-time.