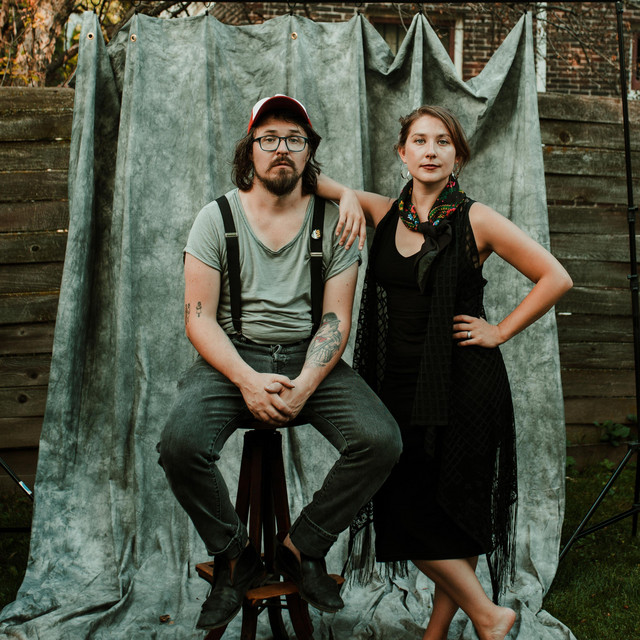 www.adrianplusmeredith.com Four years since their debut release, Adrian + Meredith take their fearless, blistering, and Balkan-tinged Americana to new heights on their sophomore record, Bad for Business. Recorded in the living room of their collective mid-century East Nashville houses with bandmates and friends Paul Niehaus (Justin Townes Earle, Calexico), saxophonist Ken Francis Wenzel (Bobby Parker), and banjo player Fats Kaplan (Jack White), Bad For Business is a raucous, rebellious and home-spun variety show. The record’s intimate connection with the recording space and personnel creates the right conditions for Adrian + Meredith to soar sonically and lyrically, as they consider disillusioning times for the country—and the world. Clearly, the record goes big, highlighting Adrian + Meredith’s confidence in their vision, as well as the influence of their musical mentors, particularly The Legendary Shackshakers’ JD Wilkes and Mark Robinson, the latter of whom produced and mixed the album. In the end, Bad For Business is the sound of Adrian + Meredith’s front door, propped wide open. The listener is drawn inside by the couple’s warmth, intensity and frankness—and in the end, left with a sense of easy joy and friendship the times have all but forgot. ~ Music Journalist Alexa Peters