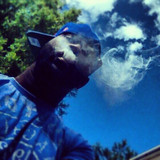 After blazing the airwaves of New Jersey for the better half of the last decade John Henny has returned to his roots and emerged as one of the fastest rising stars in music today. John Henny bumrushes forward with the same unquestionable drive and controversial attitude that took him from music to radio and back to music once again. He continues to push the envelope lyrically while providing compelling stories of the ups and downs he call Illtown blues. After seeing the atrocities that come from being raised in the hood Henny made a vow to get himself out and succeeded, but that wasn't enough. He started a marketing company Club Or Die to help promote local musicians including his very own group Gentlemenz Club. There he expanded from doing guerilla promotions all the way to local radio until that became his sole profession. He's seen "the height of heights" as he describes, but also the lows which give his music a unique perspective. Now it appears that he's made a drastic detour to focus solely on music once again with his debut album "Life, Liberty & The Pursuit" and he's back with a vengence!