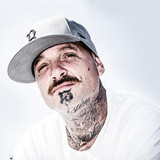 DL Down3r, born James Williams, Californian west coast rapper, got out of jail, recorded his global viral hit " Suga Boom Boom" and became the social star known as "Mr Suga Boom Boom". Through fierce and funky west coast rap, Down3r shares his prolific work with the rest of the world and the stage with west coast rap legends such as Coolio, Brown Boy, Jay Tablet, Lil Young, Baby Bash, Steel City Hustlers, King Z and DJ Kane to name a few. From powerful messages, lyrical poetry and sharp comments on society to G-funk and Trap/Edm turn up songs, he proves that age and experience is the opposite of a liability in today's rap game. Down3r, delivers a wide catalog of Hip Hop's best sub-genres and puts you through almost every emotions possible. After signing to Blue Pie Records and DJ Central Records in 2015, the artist made a name for himself in 2016 with his major hit "Suga Boom Boom", the song became as influential as could be in today's digital era and put Down3r on the map of west coast rap. From a young age, the artist hasn't had the most colorful life growing up in some of the toughest neighborhoods in Los Angeles to being locked up in federal prison for 10 years. Thanks to his passion for music Down3r focused on his artistic career and put blood, sweat and tears into a body of work that would eventually put his old life behind him, start a new chapter and spread a message to inspire people. ~ Sebastian Ouaknine