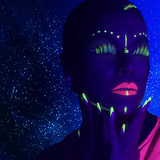 Olga Tañón is a best-selling, award-winning Puerto Rican tropical and Latin pop singer, songwriter, and set designer who, since 1992, has sold millions of recordings across the globe. Throughout her career, "La Mujer de Fuego" (the woman of fire) has been awarded seven gold and five platinum albums. She was the first female Puerto Rican artist to be certified gold in the U.S., selling more than 500,000 units of the 1996 album Nuevos Senderos. She is the winner of numerous Grammy and Latin Grammy awards, and has placed nearly 40 singles on the Hot Latin Songs chart.

She is the artist with the highest number of Premio Lo Nuestro awards (more than 30). She has been honored by the Salon of the Fame of the Latin Songwriters with the "La Voz de La Musa" Award and the prestigious Hispanic Award for the Arts. Tañón has also used her voice and music for social justice: She is a UNICEF Goodwill Ambassador, has promoted immigration reform, and has been influential through her participation in the Concert of Peace Without Borders in Cuba in 2009 with an attendance of 1.6 million people -- the third concert with the largest audience in the world. She returned in 2015 to give two historical concerts --