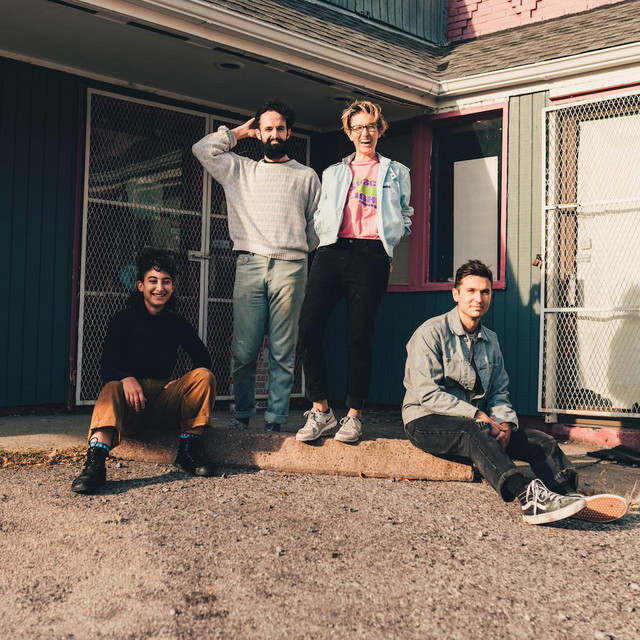 2020 was poised to be Future Teens’ breakout year. After releasing their sophomore LP Breakup Season, cosplaying as Carly Rae Jepsen, and zeroing on the romantic longing of fans worldwide, the Boston quartet was rising. While such a hard stop was part of every band’s story in 2020, the momentum hadn’t left the group — guitarists/vocalists Amy Hoffman and Daniel Radin, drummer Colby Blauvelt, and bassist Maya Mortman — straying too far from their central heartline. Deliberately Alive, their blustery follow-up EP, is Future Teens at their most explosive and earnest, showcasing a band in between journal volumes. Fans of the band’s confessional tone will hear it ring throughout, regardless of the messenger. When Hoffman’s lead vocalist, you get “Guest Room,” a strutting emo-pop moment where there’s more than just the first of the month living rent-free in their head. Radin’s turn brings “Play Cool,” a vignette of gig life and the fallouts that can occur during a local opener’s set. Both deliver the classic Future Teens formula: open on a slice of East Coast life, sprinkle in some anxiety and self-facing critique, and let the band surge beneath. Winking one-liners characterize both Radin’s “Separated Anxiety,” which crackles the release to life, and Hoffman’s “Bizarre Affection,” featuring a starburst of an intro that disintegrates into another night alone. (James Cassar)