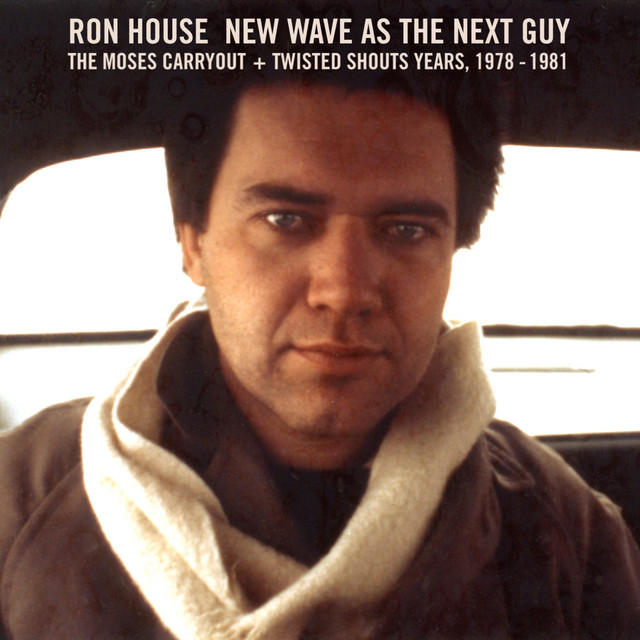 As a member of Ohio indie rock bands the Great Plains, Ego Summit, and Thomas Jefferson Slave Apartments, Ron House's musical influence is clear. He made an imprint on the Midwestern scene in the 1980s, 1990s, and onward in various forms. House was a member of all five incarnations of the Great Plains, and was the only permanent member of the band besides Matt and Mark Wyatt. The band started in 1983 with the 12" EP Mark, Don & Mel on New Age Records. The quintet never looked back, releasing Born in a Barn on Homestead Records in 1984, as well as various one-off fanzine compilations. The self-released Slaves to Rock & Roll cassette followed in 1985, along with their second release on Homestead, the 13-track Naked at the Buy, Sell and Trade LP. Three releases on Holland's Shadowline Records followed in the mid- and late '80s. A Great Plains greatest-hits album was released in 1989 as a split on the Diabolo and Demon record labels entitledColorized!, but the band's complete retrospective came years later in 2000 on the 50-song Length of Growth, released by Ohio's Old 3C Records label. The band was praised throughout the indie rock community, as bands like Yo La Tengo and Nothing Painted Blue covered the band's songs. He went on to serve as vocalist of Thomas Jefferson Slave Apartments throughout the 1990s. That band released a slew of singles, as well as albums on Onion Records, Anyway Records, and Year Xero Records. House also contributed to Ego Summit's 1997 LP, The Room Isn't Big Enough. House's solo efforts were always works in progress, released between stints with his bands. Besides a compilation track in 1983, his real coming-out party was 1986's Blind Boy in the Back Seat cassette, which featured an eclectic assortment of songs. While not entirely solo works, the tape included songs by House-fronted bands such as Moses Carryout, Twisted Shouts, and Ron & the True Believers, the first two of which were archived on the 1999 Spare Me Records release New Wave as the Next Guy, chronicling each band's recorded output from 1978-1981. His first official solo CD was 2002's Obsessed on his own Moses Carryout Records. ~ Stephen Cramer, Rovi