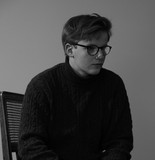 Titus Flavius is a classically trained multi-instrumentalist, live act and producer who creates hypnotic and curious electronica and deep house tracks. His sound has been described as „melodic emotional and dreamy deep house“ by Deep Stories.  He first set foot onto the electronic music scene with „Safe Now“ - a rework of Henry Jackman’s soundtrack of Hollywood blockbuster “Captain Phillips”. Released exclusively via Deep Stories, the track topped the Soundcloud’s deep house chart at no. 1 in Germany. With his latest remix of atalkingdrum’s „Net Gran Its“, he shared „insight into his world of modern deep electronica“ (Sweet Music). The release went as high as no. 9 on the deep house charts on Beatport. Listen at Net Gran Its - Titus Flavius Remix. On 19th January Titus Flavius released a new EP called »Doppelgänger Tapes«. Imagine a world where classical composers Franz Schubert and George Frideric Handel

meet the soul and ambience of modern electronic music. That’s "Sarabande", "Ständchen" and "Doppelgänger". The three tracks are made for the dancefloor and the living room.  Flavius performs his music with a unique live set up and just released a short »End of 2020«-performance on his Youtube channel.