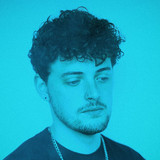 MAGNUS is a 23-year-old producer, singer, songwriter and instrumentalist from Glasgow, Scotland. Whilst growing up in Orkney, he got into music playing traditional and classical violin but he felt his creativity come elsewhere leading to him picking up a computer and downloading FL Studio. By the age of 16, he was into music production trying different genres and styles from the start, something Euan has kept unique about him to date. When listening to his music, you will notice that no two tracks are the same. That’s because his passion is simply ‘creating whatever he wants’. During his years producing under MAGNUS, he has released tracks that have collectively gathered several millions of streams, releasing on record labels such as Universal Music GmbH, Spinnin’ Records, and more. One of Euan’s biggest songs was ‘Conquer’, this song was written to be the official theme song for the biggest eSports tournament in the world, IEM Katowice. On top of these successes with fans and labels, he has been successfully co-producing, remixing some of EDM’s biggest names, and managing a second alias completely different from the MAGNUS project. 'Euan Allison' (real name) is an artist who also produces and performs under his own name in a singer-songwriter project. Whilst currently in the process of releasing his first EP, the first three singles have managed to receive support from the many different editorial playlists on Spotify.