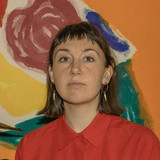 Grace Gillespie is a Bristol-based artist and producer originally from Devon, who spent much of 2017 touring as part of the live line-up for 4AD’s Pixx. Her early demo of ‘Restoration’ saw her tipped to Q Magazine by Newton Faulkner and brought her to the attention of Kaleidoscope, who worked with her to produce her first solo releases in 2018. Her sound takes influences from the folk, psych and dream-pop traditions, providing a backdrop to her intriguing vocal melodies, shifting harmonies and introspective lyricism. Her first two singles found their way onto Spotify’s ‘Fresh Folk’ playlist and received extensive support from Apple Music, appearing on their ‘A-List’ and ‘Best of the Week’ playlists, as well as backing from NME, Crack In The Road and The Wild Honey Pie. In December 2018, Grace was awarded funding from PRS for Music Foundation (Women Make Music Fund) to complete work on her debut EP. In 2020 Grace received Help Musicians Do it Differently funding and released her second EP 'After the Harvest Moon' and is currently recording her debut album in Bristol, set to be released in early 2022.   “Gillespie’s debut two songs ‘Restoration’ and ‘Everything (Nothing)’ are gems to behold - the kind that reveal themselves with each listen… [A]s heartrending as anything made in Bon Iver’s infamous cabin - but as self-assured as early Laura Marling.” (NME)