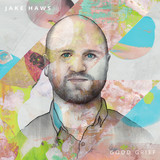 Jake Haws is a songwriter/film composer based out of Provo, Utah. His original music has appeared in numerous projects including the films Scout Camp, Hanging Five and The Tailypo. As an accomplished and prolific recording artist, he has released 7 full length albums, 4 EPs, and various other releases. He has performed hundreds of concerts including performances at the Sundance Film Festival and opening for the notable indie rock groups Menomena, The Appleseed Cast, Neon Trees, and 31 Knots. From 2005-2011, Jake owned and managed Muse Music Cafe, a music venue and recording studio in Provo, where he organized events and produced recordings for hundreds of artists, including Neon Trees and Drew Danburry. In 2012, he recorded 50 original songs over the course of 50 weeks and documented his progress in a blog called 50 Songs in 50 Weeks. In 2018, he released the long awaited follow-up, "Good Grief," an eclectic mix of genres from rock to folk to piano pop to electronica. He played all the instruments himself and recorded everything in his home studio. He currently produces weekly episodes of Making Music with Jake Haws, a podcast which looks behind the scenes at the creative process of writing and recording music. He also performs as part of The Fab Folk, an acoustic Beatles tribute duo.