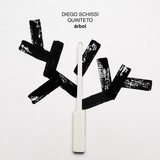 EN The Diego Schissi Quinteto are a group formed in Buenos Aires, Argentina in 2009 and is one of the most original and innovative groups in current tango scene. The group performs mostly original compositions by Schissi which are linked to the tradition of the genre but with a particular style where the influences of other music such as jazz and contemporary music are perceived. The quintet consists of Diego Schissi on piano and composition, Guillermo Rubino on violin, Santiago Segret on bandoneon, Ismael Grossman on guitar and Juan Pablo Navarro on double bass. They have released 5 albums, - “Tongos” (Sunnyside records / Untref Sonoro, 2010) - “Tipas y otros” (Vinyl records, 2012), winner of the Gardel Award in the Alternative Tango category. - “Hermanos” (Vinyl records, 2014) along with Aca Seca Trio. - “Timba” (Club del Disco, 2016) winner of the Gardel Prize in the Instrumental Tango Orchestra category. - “Tanguera” (Club del Disco, 2018) Photos by Anita Kalikies