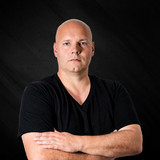 AVADOX Erroneously you could think that such a small country as Slovenia is unable to provide extraordinary musicians.

An energetic Slovenian DJ who connects with any type of crowd, either in a club or at a festival, will galvanize you and leave you breathless, because you won’t be able to stop your body from moving in the rhythms of his tunes. The development of his current sounds are inspired by the different cultures from Europe, Africa, Asia, and the United States. At his shows he shared the stage with the biggest names in the industry as well as earned their immense support and respect on and off stage. We are speaking about the DJs such as Hardwell, Martin Garrix, Dimitri Vegas & Like Mike, Axwell & Ingrosso, Snake, Zedd, Steve Aoki, Afrojack, Jonas Blue, Fedde Le Grand, Thomas Gold, Ferry Corsten, UMEK, and many more. He make a big warm up show on MTV Summer Blast for big legend movie star and raper Will Smith. He signed the contract with biggest record labels such as Armada Music, Revealed Recordings, Spinnin Records, Smash The House, Bourne Recordings,... He played at many important music festivals in the world: the Ultra Music Festival Ultra Europe, Ultra Japan, Ultra Korea, Ultra Singapore, Ultra Beach Hvar, Electric Love Festival, Weekend Festival, Daydream Festival, Amsterdam Dance Event, MTV Summer and more... Not long ago he created his own playlist named Overtune Radio on Spotify where he represents the latest electronic dance tunes. www.avadoxmusic.com