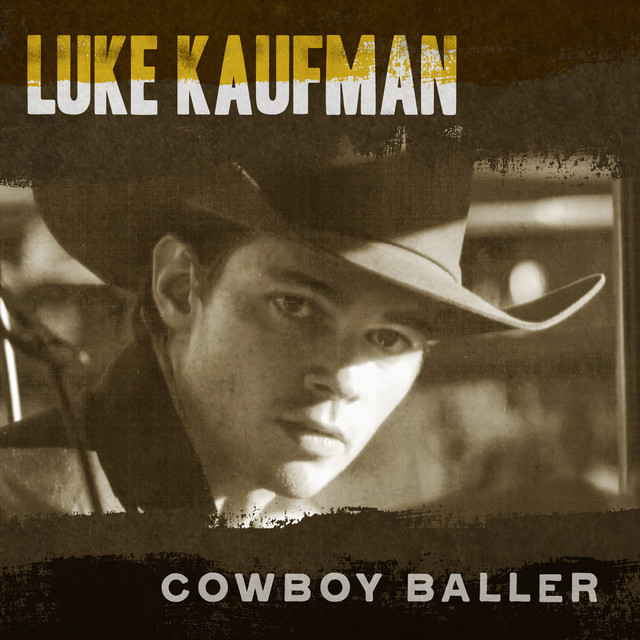 Luke Kaufman is a country singer whose music leans to the traditional, dominated by acoustic instruments and a honky tonk feel (with the occasional addition of a drum machine), while his lyrics are characterized by hell-raising swagger and bad-boy braggadocio, half rodeo rider and half Eminem. Kaufman was born and raised in Hendersonville, North Carolina; as a child, he was fascinated by the rodeo as well as music, and he began riding bulls as a young man while he'd started playing guitar, writing songs, and performing for his family by the time he was 12. As a young man, Kaufman made his living working the rodeo circuit both as a rider and as a handyman who helped set up and break down the events; he would often bring his guitar along to entertain his friends and colleagues on the road, and when he was sidelined for a while with an injury, he began considering music as a possible career once his days as a rider were over. Kaufman advanced into the less strenuous task of serving as a rodeo announcer, and while on the road, began booking shows at bars and honky tonks favored by rodeo fans. Kaufman earned a reputation for his songs full of tall tales and often dangerous fun, and his music caught the attention of Sunny Ledfurd, another maverick country artist from North Carolina who ran his own label, Ledfurd Recurds. In 2010, Kaufman released his first album via Ledfurd, Cowboy Baller, and after plenty of touring, he dropped a second long-player in 2012, Beyond the Bunkhouse. In 2013, Ledfurd Recurds released a compilation, Family Affair, that included a new Kaufman track, "Above the Law," that racked up some country radio airplay and significant play on YouTube. (Kaufman has also earned six-figure plays on YouTube for videos like "Rank Riders Anthem," "B.R.S.O.B.," and "I Like the Girls.") ~ Mark Deming