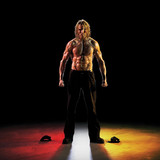 Think of a Pacific Northwest version of Kid Rock raised on extreme sports and punk rock, and you’ve got an idea of the energy and appeal of Portland’s Avery Watts. Watts originally fronted a three-piece punk band that bore his name and released two albums, A Town Punks in 2000 and Seeing Is Believing in 2003. When the group fell apart in 2007, Watts reclaimed his name for a solo career, which was officially launched in 2009 by the release of The Takeover EP. Mixing metal and hip-hop with motivational lyrics, the EP was soon picked up for numerous sports soundtracks, with ESPN, Fox Sports, and all the major U.S. networks using it for commercials and pre-game coverage. ~ David Jeffries, Rovi