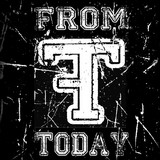 We were established in November 2016. The band consists of experienced music enthusiasts, broadly known as hardcore. We participated in the following projects: Dispel the Crowd, Wounded Knee, Street Chaos, Primal Rage, and Łeb Prosiak. Initially, we had a lot of perturbations with the vocalists, some of them were changed, including female vocals. With the music video for the song "This is our mission", we couldn't go forward. Since March 2019, the squad with the current singer Krzysiek clarified. In September 2019, we entered the studio. 01.01.2020 is the official release date of our debut album "From Today".