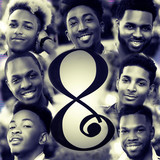 In the summer of 2017, a group of eight high school boys were recruited to be a part of Jamaica’s first real boy band. Three years and a few band members later, Adrian (Bacchus), George (Campbell), Jhada (Dwyer), Moses (Estick), Matthew (Gillespie), Jordon (McLeary) and Dimetri (Wynter) are still thrilling music lovers all across Jamaica and internationally as the band 8. With a unmistakable style that could be described as Jackson 5 meets Bob Marley and the Wailers, they create and play music of many genres, which they infuse with the intrinsic magic of Jamaica. Each member contributes vocally to the tonal quality of the sound, and most play multiple instruments. Mixing those two elements with their smooth, yet crisp choreography is a winning combination that makes up the incomparable and distinct delivery of 8, whether you hear or see them perform. https://www.8bandjamaica.com