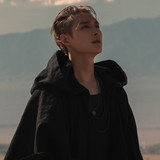 Balancing successful careers in music and acting, award-winning Chinese singer/songwriter, dancer, author, and actor Lay Zhang emerged in the early 2010s as a member of K-pop group EXO. As he expanded his résumé, he also expanded his international reach, finding chart success throughout Asia and in the U.S. Blending K-pop savvy, hip-hop, and electronic touches, his debut EP, Lose Control, broke records upon its release in 2016, leading to an English-language album, Namanana, in 2018. Born Yixing Zhang in Changsha, Hunan Province, a young Lay started acting as a child, competing on various television talent shows into the early 2000s. In 2008, he auditioned with S.M. Entertainment, home to Shinee, NCT, and Super Junior. The label shipped him over to Korea for idol training, where he had a brief stint as a touring dancer with Shinee before officially joining EXO in 2012. One of 12 founding members, Lay found massive international success with the K-pop outfit, topping charts in Korea, China, and the U.S. Within EXO, Lay was part of the subgroup EXO-M alongside Xiumin, Chen, and ex-members Kris Wu, Luhan, and Tao. As EXO continued to issue albums and tour the world, Lay made steps toward center stage with his 2014 EXO contributions "I'm Lay" and "I'm Coming." The following year, S.M. made a concerted effort to push Lay in his home country. In addition to featuring on reality television shows, Lay also recorded China-specific additions to EXO album repackages. He also wrote an autobiography, Standing Firm at 24, and joined the casts for multiple feature films, including Kung Fu Yoga with Jackie Chan, as well as Ex Files 2, Oh My God, and more. In 2016, Lay issued his Mandarin-language debut EP, Lose Control, a slinky R&B set that included the single "what U need?" In addition to topping the Korean charts, it also broke solo artist sales records in Korea while rising to number four on the U.S. World Albums chart. In 2017, he repeated that U.S. chart success with his official first album, Lay 02 Sheep, which also topped the Chinese charts. The album included the singles "I Need U" and "Sheep," which later received the remix treatment by DJ Walkzz. Months after Lay 02 Sheep, Lay's second EP, the Christmas-themed Winter Special Gift, was released just in time for the holidays. The short collection landed in the U.S. World Top Ten. In 2018, Lay set his sights on his burgeoning American audience, appearing with DJ Walkzz for his Lollapalooza set, which promoted their "Sheep" collaborative remix. Further penetrating the English-language market, Lay issued his second LP, Namanana, which featured both Mandarin and English versions, as well as a high-profile duet with Michigan pop singer Bazzi. The set topped the U.S. Independent and World Albums charts, rising to number 21 on the Billboard 200. ~ Neil Z. Yeung, Rovi