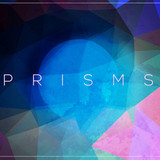 Formed by singer-songwriter/producers Deborah Byrne and Suzette Das in 2016, Hvmmingbyrd is an ethereal electronic pop act based in Dublin, Ireland. They fuse warm sensual vocals, electronic pulses and shimmering pop melodies with heartfelt lyricism. Their music has been featured on E4’s Made in Chelsea, RTE's Striking Out and plays in H&M stores worldwide and they have supported established artists such as Jagwar Ma and Ryan Vail. Their performances incorporate live producing and looping with a full lights show, and always with their famously intricate vocal arrangements at the core.