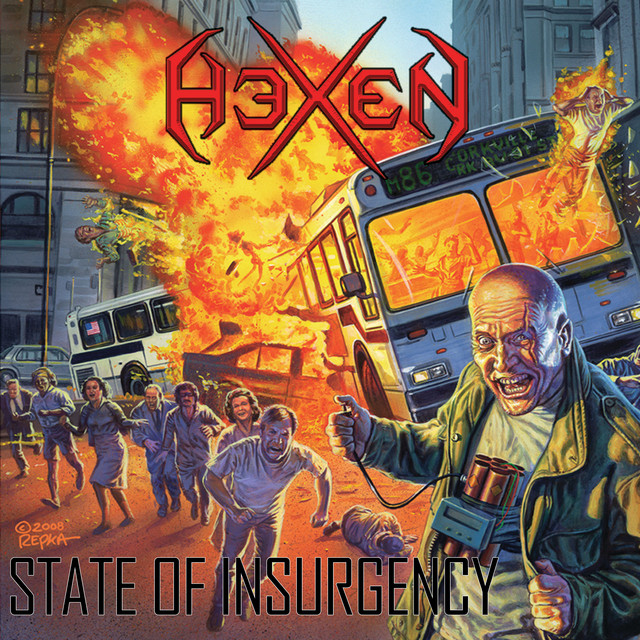 One of two new millennium heavy metal bands going by the name of Hexen, this Los Angeles-based quartet (the other hails from New Jersey) was formed in 2003, and quickly established a backwards-looking agenda aimed at revitalizing the classic sounds of '80s metal and thrash with their self-released debut album, Heal a Million...Kill a Million, in 2005. But it turned out that Hexen were slightly ahead of the fashion curve, and were forced to spend the next few years working on their demos and performing in L.A. clubs, while the imminent wave of retro-minded nu-thrashers gathered strength, until it was ready to explode with the emergence of countless bands around the world, including the likes of Municipal Waste, Warbringer, Bonded by Blood, and Evile, to name but a few. Needless to say, Hexen's number was also due to come up, and in 2008, bandmembers Andre Hartoonian (vocals/bass), Ronny Dorian (guitar), James Lopez (guitar), and Carlos Cruz (drums), found a home with Old School Metal Records for the release of their sophomore outing, State of Insurgency. ~ Eduardo Rivadavia, Rovi