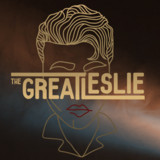 London-based band, The Great Leslie are assuredly carving a name for themselves in the alt-rock scene, using slick songwriting combined with unique production to create instant classics that stick with you. Racking up several successes in their short tenure, their riff-driven release 'Money' was crowned BBC Introducing's Track of the Week. This was closely followed by their anthemic tonic to self-flagellation, 'Out Of My Hands', with 'Out Of My Hands' reaching new heights recently, after featuring on Channel 4's show Sunday Brunch. Their upcoming single 'Everything From Last Night', set to be released on the 20th of August, has already received airtime from the legendary John Kennedy on his show for Radio X, with him calling it an 'instant hit'. The most recent single, 'That's Alright', was also picked up by BBC Introducing and quickly gained multiple plays by Johnny Doom of Kerrang! Radio. This follows from their hard-hitting dose of indie 'See You Again', which received airplay on BBC Wales by Janice Long (formerly of Top of the Pops) and was also crowned BBC Introducing's Track of the Week. "A soaring aesthetic and blistering direction, it feels like these guys are well on their way to becoming one of the next big names to emerge from the capital." - Mystic Sons. Everything From Last Night - OUT NOW 'An instant hit' - John Kennedy, Radio X