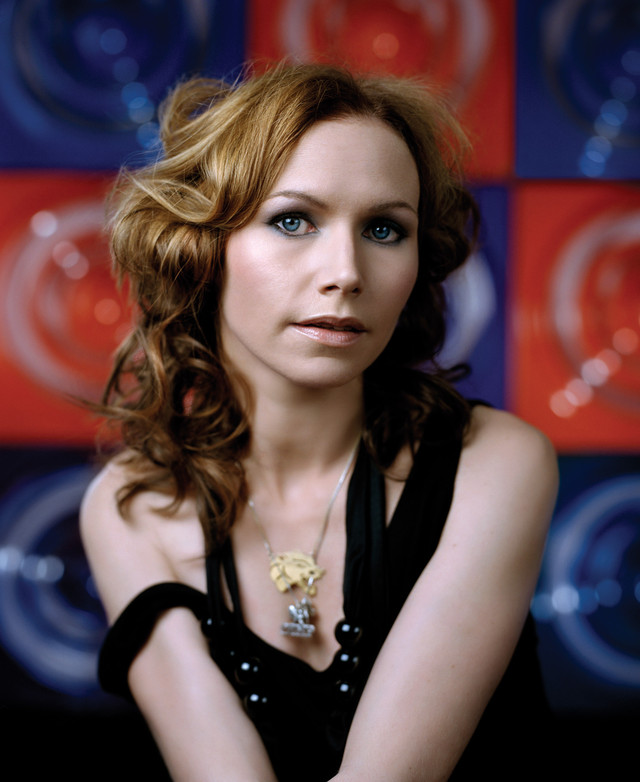 Known primarily as the lead singer of the early-'90s-formed Swedish indie act the Cardigans, Nina Persson also went on to front A Camp in the new century before recording her first solo material in 2013. Born in southern Sweden, Persson was a relative latecomer to pop music, only beginning to show interest in it when she was well into her teens. After meeting Peter Svensson and Magnus Sveningsson while at art college, Persson was asked to front the Cardigans even before she'd performed live on-stage. In the mid-'90s they issued four albums -- from 1994's twee, soft-released Emmerdale to 1998's three million-selling Gran Turismo -- while steadily finding further worldwide commercial success with each concurrent release; the band managed to achieve this while gradually pursuing darker themes and sounds along the way. Released in 1996, First Band on the Moon -- which featured the international hit "Lovefool" -- was the first Cardigans record to include lyrics penned by Persson, and by the time a band hiatus arrived due to various bandmembers' family commitments, she was more than equipped to be the main creative force behind the solo side project that she named A Camp. The 2001-released, self-titled album was produced in the main by Mark Linkous of Sparklehorse, but also featured some production and instrumentation from ex-Shudder to Think guitarist Nathan Larson, who Persson married that same year following their relocation to New York in 2000. The year 2003 brought another Cardigans album, the Per Sunding-produced, country-influenced Long Gone Before Daylight, which continued the band's tradition of progressively issuing downbeat material. Next, although 2005's Super Extra Gravity was received in a similarly low-key fashion by critics, Tore Johansson -- who had produced each of the band's '90s albums -- returned to provide the sessions with a touch of much-needed light and color. The second politically themed A Camp album, Colonia, took influence from classic pop of the '60s and '70s and appeared in 2009, the same year that her contribution to the Danger Mouse and Sparklehorse album Dark Night of the Soul was made available. In 2010, Persson gave birth to her son Nils, and subsequently -- although she contributed vocals to Larson's soundtrack projects of the period, as well as to James Iha's album Look to the Sky -- became less focused on making music in the years that followed. However, by 2014 she had readied a debut solo album. Released that February, sessions for the '80s pop-inspired Animal Heart took place in collaboration with both Larson and Fruit Bats mainstay Eric D. Johnson. ~ James Wilkinson, Rovi