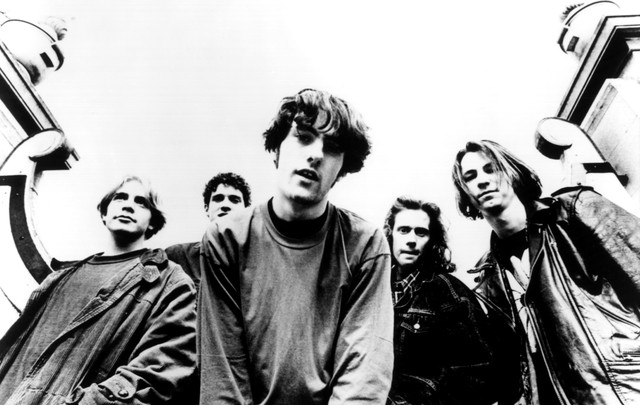 Thousand Yard Stare were formed in 1988 in the not so rural surrounds of Slough, Berkshire, quickly building up a strong following, leading to their debut EP Weatherwatching in 1990, with the NME nominating them as “brightest hope for the future” and gaining a solid reputation for energetic live performances. In

1991, the Keepsake and Seasonstream EPs reached the top spot in both the NME and Melody Maker Indie Charts, onto Reading Festival, and as support for James in in the Autumn. Next release - Comeuppance - reached 37 in the UK singles chart, and signalled the release of their debut LP Hands On, produced by Stephen Street (The Smiths, Blur). Touring across Europe with Jesus & Mary Chain and the US with the Soup Dragons, a coveted slot at Glastonbury Festival, and the cover of