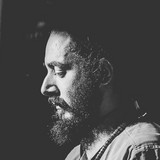 Just your regular out of the ordinary Joe. Born in The Netherlands & raised by 90's hiphop. Joe has been active in the music for over 15 years and currently works as a Producer and Mix & Mastering engineer in the Pacha Mama Studio. His first release dates back to 2006 where he made quite the buzz in the dutch hiphop scene as Cartes & Kleine Jay. Together they've won numerous prizes and performed over 200 live shows. After that he produced a lot of reggae music including the album Strawl — A Luta Continua. Now on this journey Joe Sunrise tries to capture the magic of the good ol' days where drums packed a punch and the loop gave you goosebumps. "I make beats with a headnod & live instruments" Personal Playlist : Lofi Work Mode One Love