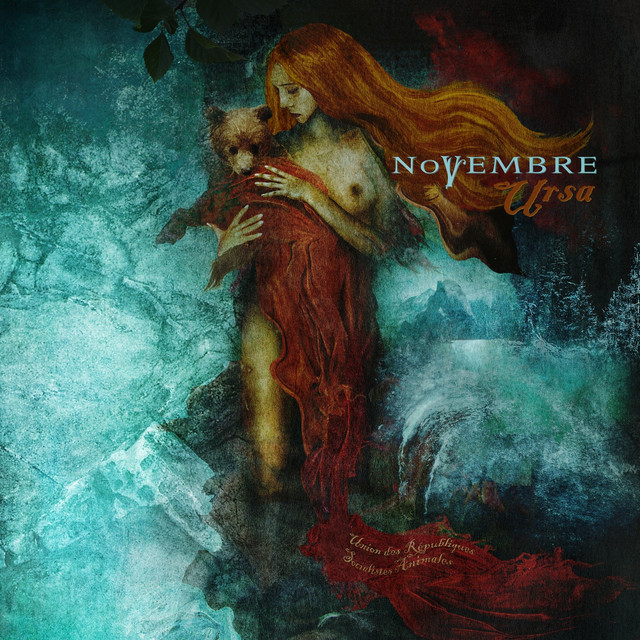 One of Italy's most eclectic, prolific yet relatively obscure heavy metal outfits, Rome's Novembre is helmed by the Orlando brothers -- vocalist/guitarist Carmelo and drummer Giuseppe -- who joined an existing death metal band named Catacomb in the early ‘90s, and, by 1994, had imposed their wills upon it, and embraced more commercial progressive and gothic elements in their songs. Several albums followed, including Wish I Could Dream It Again… (1994), Arte Novecento (1996), Classica (1999), Novembrine Waltz (2001), and Dreams d'Azur (2002), which was in fact a re-recording of their debut. Over that span, the Orlandos callously hired and disposed of several bandmembers as they saw fit, but second guitarist Massimiliano Pagliuso has been a mainstay since 2000, and was deemed crucial enough some four years later that when he was temporarily unable to tour, Novembre performed along to pre-recorded tracks of his guitar parts, rather than call in a human replacement. This core trio was back in the studio in 2006 to record Novembre's fifth original album, Materia, which along with its 2008 follow-up, The Blue, marked the start of a new professional relationship with Peaceville Records. After the release of The Blue, the band went on hiatus, returning eight years later with a new lineup that left Carmelo Orlando the only original member. URSA, their eighth full-length outing, dropped in early 2016, again via Peaceville. ~ Eduardo Rivadavia, Rovi