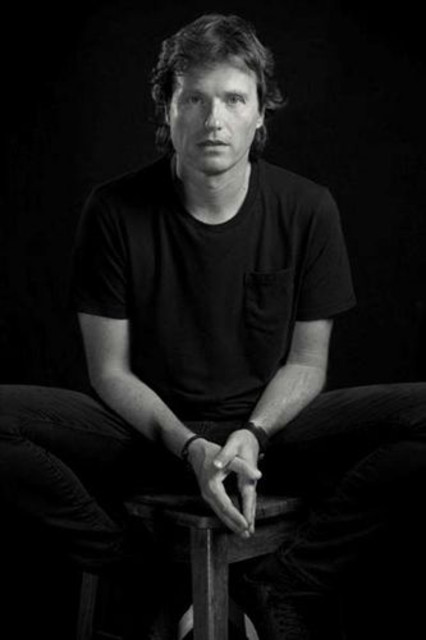 Argentina's most world-renowned superclub DJ, Hernán Cattáneo is considered in the same class as Paul Oakenfold, John Digweed, Danny Tenaglia, Danny Howells, Sasha, Satoshi Tomiie, and other such globe-trotters. As he became known on a global level for performances at superclubs and events alike, the DJ gained ground on a commercial level with mixed CDs for the highly regarded Renaissance series, beginning with its inaugural volume in 2004. Since the tail end of the 2000s, Cattáneo has continued to spotlight upcoming and established progressive house producers with his Sudbeat label, and has put together numerous commercial mix albums for Balance Music, from 2014's Balance 026 to 2019's Balance Presents Sunsetstrip. Born in Buenos Aires, Cattáneo grew up listening to European synth pop acts of the 1980s such as Depeche Mode and New Order. He was first turned on to Chicago house in 1987 when a friend of his brought back some 12" records from Vinylmania during a trip to New York. This music, as well as Detroit techno from the same late-'80s era (e.g., Derrick May, Kevin Saunderson, Juan Atkins), influenced Cattáneo greatly and inspired him to become a DJ himself. By the mid-'90s, Cattáneo had become a resident at Clubland -- arguably the premier superclub of Buenos Aires, where he met and befriended visiting colleagues such as Paul Oakenfold and Danny Tenaglia -- and was awarded DJ of the Year honors locally in 1996 and 1997. A mix CD, Clubland, was released in 1999 to commemorate his long-standing association with the venue, which had grown in international stature as he had. During the late '90s, Cattáneo's collegiality paid off when was invited to tour with Oakenfold on several occasions and, in turn, was signed to the British superstar DJ's label, Perfecto. Cattáneo made his label debut in 2001 with "Deep Funk," a production that proved popular, showing up on several mix CDs, including Sander Kleinenberg's Global Underground: Nubreed (2001), and he also did some remixes for Perfecto that year as well. Subsequently, Cattáneo did some further production work for Perfecto ("Satellites," 2002; "Hubbub," 2003) and also compiled the double-disc mix CD South America (2002), his first internationally released official mix. By this point in time, Cattáneo had become a world-renowned DJ and was regularly traveling internationally to perform at superclubs and festivals; in particular, he was awarded a Cream residency in Liverpool as well as Ibiza. A couple years later, he commenced yet another partnership, joining the stable of DJs affiliated with Renaissance, the United Kingdom's longest-running superclub, based in Nottingham. Renaissance: The Master Series (2004) was the first mix CD to result from the partnership; successive volumes followed, including Renaissance: The Master Series, Vol. 2 (2005), Renaissance Presents: Sequential (2006), and Renaissance Presents: Sequential, Vol. 2 (2007). He also continued to release occasional production and remix work, generally in partnership with either Martin Garcia or John Tonks, and somehow found time to host a weekly radio show, Metrodance, on 95.1 FM in Buenos Aires. Near the end of the 2000s, Cattáneo set up Sudbeat, a digital outlet emphasizing emergent producers while also supporting the work of veterans such as Nick Warren and Dave Seaman. Guy J's remix of Cattáneo and Soundexile's "Altair" (2014) proved to be one of the label's most popular tracks. After some additional DJ mixes for Renaissance, including the 13th, 16th, and 17th volumes of The Masters Series, he joined up with the Melbourne-based Balance Music and released Balance 026, Balance Presents Sudbeat, and Balance Presents Sunsetstrip from 2014 through 2019. Cattáneo all the while continued to be a club and festival draw on a global scale. ~ Jason Birchmeier, Rovi