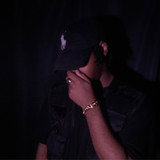 The 22-year-old, California based flourishing indie artist and producer, Elxjh is swiftly becoming a fan favorite just after a year and a half from his first release, "Wake Up". With a wide arrangement of harmonies, Elxjh's production and vocals are richly and discreetly made, every word enlivened with compassion, managing to touch the hearts of many. Having such the "versatile" discography, he is well-versed in his profession; his love and dedication alongside his creativity are just a few traits that set him aside from others.