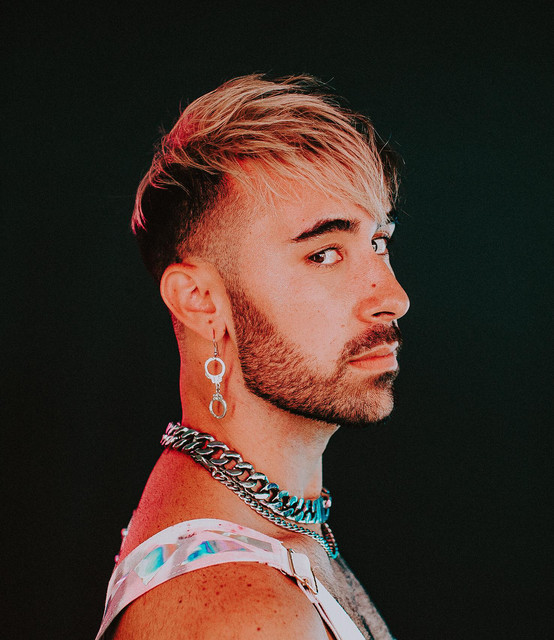 Brooklyn born DJ/Producer KANDY is committed to bringing LGBTQ culture to the mainstream through his music. 2019 was a pivotal year for KANDY; he became a BPM Breaker artist on SiriusXM with his single “Keeping Secrets”, and was chosen by Apple Music to be one of ten artists representing the LGBTQ community during Pride month. In addition, both “Keeping Secrets” and “Let Me Down” made the US Billboard Dance Radio singles chart, with “Let Me Down” breaking into the Top 10 in January 2020. KANDY began his musical journey in the NYC club and rave scenes while he was still in his teens. When he turned eighteen, he started DJing and soon found himself releasing underground records on Diplo’s Mad Decent label. After a few years as an up and coming bass music DJ, that included playing Ultra Miami and EDC Las Vegas, as well as remixing the likes of Icona Pop and Selena Gomez, KANDY took a short hiatus in 2018 to reflect and redefine his sound. KANDY’s reinvention plans aligned with his decision to live as his true self and pursue his passion for pop and house music. In 2019 he hit the ground running with a fresh new sound, combining both pop and house music elements. In the process he found a new and growing fan base, has received support from publications including DJ Mag, EDM.com, YourEDM, and Billboard, as well as a variety of peers from Diplo and Marshmello, to DJ Snake and The Chainsmokers. KANDY closed 2019 with his remix of Katy Perry’s hit single, “Harleys in Hawaii”.