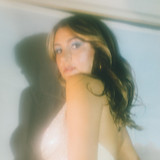 Honing her songcraft since she was a kid, Grace connected with Grammy Award-nominated songwriter/producer Jason “Poo Bear” Boyd (Justin Bieber, Sam Smith, Usher), with whom she collaborated on her 2017 debut single “Show Me.” In the process of putting “Show Me” out into the world, Grace drew from the same ingenuity and initiative she’d brought to breaking into the music business in the first place. After self-managing the release, she decided to further pursue her entrepreneurial passion by launching an indie record label and production company, now called Illuminate Creative Group. “Your artistry goes so far beyond the music itself it’s everything surrounding it,” Grace says. “I learned so much from putting my first song out, and I wanted to just keep going and see what more I could do.” For Grace, that self-possessed spirit is closely aligned with one of her main missions as an artist: empowering others to reach their full creative potential. “Before I started making music I asked myself, ‘What’s the point in creating anything if it’s not 100 percent honest?’” she says. “When people listen to my songs, I hope it gives them the courage to be truthful with themselves in the same way. I hope it inspires them to be completely authentic, in whatever it is that they want to create in their own lives.”