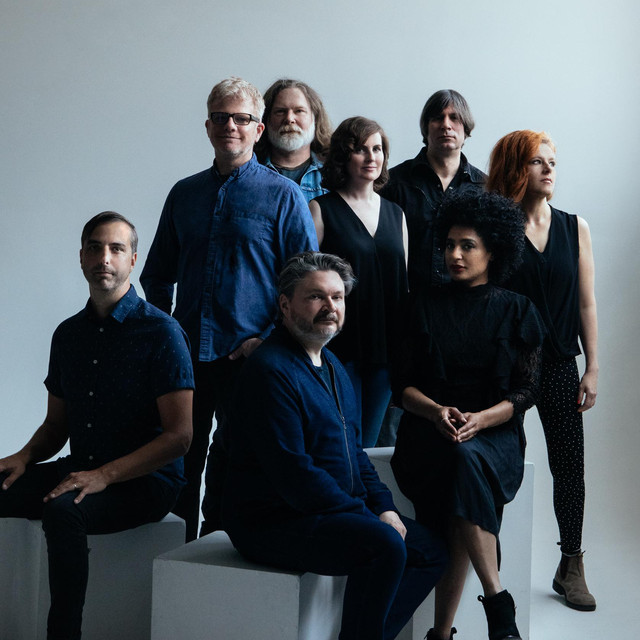 The Vancouver indie rock supergroup the New Pornographers feature the talents of Zumpano's Carl Newman, the Evaporators' John Collins, Destroyer's Dan Bejar, cartoonist/filmmaker Blaine Thurier, drummer Fisher Rose, and guest vocalist Neko Case. Newman started the band in 1996 as a lark after releasing Zumpano's Goin' Through Changes; one by one, the other members joined the fold, and the New Pornographers' first official rehearsal took place in 1997. By the following year, the group had completed four songs, but then Case left Vancouver for Chicago, Thurier began work on his film Low Self Esteem Girl, and the other members attended to their other bands and projects. Rose left in 1999, and Limblifter/Age of Electric drummer Kurt Dahle and guitarist Todd Fancey joined the Canadian supergroup. With a solid lineup in tow, the New Pornographers reunited and began recording again in early 2000, completing their debut album, Mass Romantic, in time for a fall release and critical acclaim. Ray Davies joined the band at SXSW in fall 2001, performing the Kinks classic "Starstruck" live for the first time ever. After a brief North American tour, the bandmembers returned to their respective projects by 2002. Bejar recorded with Destroyer, and Case headed out on the road with Nick Cave & the Bad Seeds in support of her second solo album, Blacklisted. Nobody strayed too far, however, for the New Pornographers headed back into the studio before year's end to work on a follow-up to Mass Romantic. The pop-powered Electric Version, which appeared in spring 2003, marked their first for Matador. Twin Cinema followed in 2005 and garnered a good deal of critical praise, receiving near-perfect rankings from such influential outlets as Rolling Stone and Pitchfork. Bolstered by such a positive reception -- as well as the success of Neko Case's Fox Confessor Brings the Flood in 2006 -- the group went in a mellower direction with 2007's Challengers. In 2009, they contributed the song "Hey, Snow White" to the AIDS Benefit album Dark Was the Night. Shortly afterward, they released their fifth studio album, Together, which included collaborations with the likes of St. Vincent, Will Sheff, and Zach Condon. After a two-year break, they were included on the Fleetwood Mac tribute compilation album Just Tell Me That You Want Me with the track "Think About Me." It would take another two years for the New Pornographers to announce details of new material; their sixth studio album, entitled Brill Bruisers, was released in August 2014. In 2017, the New Pornographers presented their seventh album, Whiteout Conditions; after a long relationship with Matador Records, it was the group's first release on their own label, Collected Works Records, distributed in the United States by Concord Music Group. For 2019's In the Morse Code of Brake Lights, Newman and co. applied their grand-scale pop sounds to a set of songs that dealt with love under difficult circumstances, while often using automobiles as metaphors. ~ Heather Phares & MacKenzie Wilson, Rovi