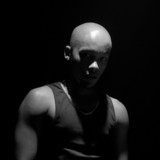 At 16, Gino October began producing and recording his own music, thanks to his brother’s early belief and investment in his talent. It was his brother who recognised Gino’s keen interest in rapping, buying his little brother a mic, computer and interface so he could begin making his own beats. In 2016 Gino released his first EP, ‘Conflicted Conscience’, allowing him to begin honing his live performance craft at small venues throughout Auckland. His 2018 EP ‘Expansion’ helped further cement Gino’s presence in the local scene, with a performance at Northern Bass the following year, and a feature on JessB’s ‘Work With’ track alongside Big Zeeks. ‘Look How Far We’ve Come’ is Gino’s retrospective offering, a journey that pays homage to where he comes from, exploring isolation and vulnerability, but is also a declaration that he’s sticking around to enjoy the ride. “I hope people enjoy listening to this project as much as I enjoyed making it.”