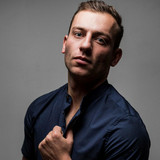 Martin Levon ( Martirosian Levon ) is coming from Armenia and lives in Greece. he started his career as a Radio Producer and Dj fourteen years ago. He first performed live in small local bars while he was producing his own Radio Shows in Serres which is his hometown. As soon as he got more experienced on his field and people get to know him for his groove and his energy on stage he started touring at Greece performing live in Thessalonikh,Serres, Kavala, Halkidikh and Athens. He had the luck to open for Dj’s like Dave Seaman,G- Pal,Agent Greg,Serge Devant,Andrianos Papadeas,Distant Fragment &amp; Anna Maria X... In 2008, his co-operation with his friend Pammi Pasqual was another chapter on his Career. They started performing all around Greece and in Germany as BACK2BACKTM while their work as producers have had as a result to release their first EP’s together at Beatport,I-Tunes e.t.c. Producing sounds in the Genres of House,Progressive House and Deep House some of their tracks had been included in remarkable albums such as IBIZA 2012 and WMC Miami 2013&amp;2014 (Housearth Records). Also in 2014 He signed his first solo release in Baroque Records in UK with the name (Solo 33) Martin Levon - Deep Inside (Original mix). In 2016 he created the record label ( Audiothink Record in UK ) He start to collaborating with various artist all around the world.