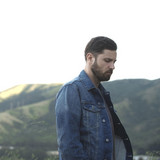 Born in Houston, Texas, alt-country singer/songwriter Tom Rhodes grew up in the Washington, D.C. area, getting his chops by playing in area bars as a teenager. In 2003 he moved to New York City, further developing his songwriting style and releasing a self-titled debut in 2004, following it with the more stylistically diverse No Apologies in 2006. He would move several times in the coming years, from New York to North Carolina and then to San Francisco in 2011 around the time of the release of his third album, Better Son. Rhodes' sound continued to evolve as he performed throughout the U.S. and Europe, eventually leaning toward a more stripped-down Americana style by the time of his fourth album, 2014's With or Without. ~ Fred Thomas, Rovi