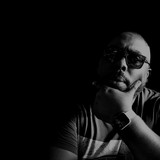 Music should be a vibrating universal soundtrack to our lives. Frantz AA, an independent music producer based in Toronto, knows this to be true. Originating from France, with French Caribbean Martinican roots, Frantz AA caught the music bug from a young age. Who knew that, when his brother left behind that bass guitar, it would spawn his affection and passion for music. This was the beginning. He’s been creating music for a long time since, and his sound is an encapsulation of years in the making. He’s always admired the music creation process and now, shares his talents on the main stage. His instrumental Hip Hop music infuses his French West Indian/African background. His passion for jazz and movies influences his cinematic sound. The music you hear here is curated by set moods, atmospheres and textures and brings music to life. As a producer, he looks forward to future collaborations with international artists. His production style expands and fosters the artist's creative process. Be on the lookout for his music to be used in your favorite movie soundtracks. His debut single “J’propose” was released May 2020 and available on all streaming services. Stream it now.