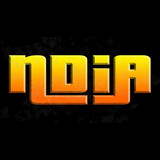 NEW DAY IN AUGUST (often stylized as NDiA) is a Filipino-American new wave/alternative rock band formed in Los Angeles, California in 2003. The band was formerly known as The Binary Project, with Richard del Rosario, Rex Aglibot, and Mike Abad as the core members. Initially a cover band playing alternative music, the trio progressed to writing original material influenced by new wave music. Bassist Don Morales and keyboardist Tolitz Rosel joined the band in 2008 and 2009, respectively to augment their new sound. With this new musical direction, group then came to be known as New Day in August, and set forth with the purpose of “bringing back the sound of yesterday… today.”