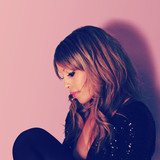 'Just Beautiful' - Ralph McLean, BBC Radio 'Such a unique voice, I love her voice' - Baylen Leonard, Absolute Radio 'Can’t wait to hear the rest of this album. It gives me Valerie June vibes in the best way' - Rissi Palmer, AppleMusic Radio Misty River's debut album is a brutally honest and beautifully evocative collection of songs written at a time of great change in the life of singer-songwriter Carmen Phelan.‍ Having "run away" from a classical conservatoire to immerse herself in traditional fiddle music in Ireland, she found acceptance of her Irish/Trinidadian ethnicity and success as a sought-after session player, but was then diagnosed with Ehlers-Danlos syndrome.‍ “At that point it looked like I wouldn’t be able to play any more. That uncertainty gave me a sense that now was the time to get on with things.” It was then she began writing, and found her own voice – quite literally. “one of the reasons my voice is so unusual is that my condition affects my vocal chords too.”‍ The resulting album, produced by husband Adam Morley and mixed by Vance Powell (Chris Stapleton, The White Stripes), draws from the music on which she was raised, from Fleetwood Mac, The Rolling Stones and The Band to the Dubliners and Roberta Flack.