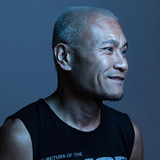 In an age of increasing social division, Rexy Spice aims to not only to provoke, but to unite like-minded individuals with his pointed, provocative takes on modern life. His punk-influenced pop reflects a folk sensibility with an unapologetically queer bent, making plain his views on everything from racial stereotypes and elitist rock snobbery to oral sex and one night stands gone awry.  His approach to songwriting fuses a wry, humourous lyrical wit with an informed, reactive kind of angst. With candor and mocking self-awareness, he describes his songs as “funny, angry, political, and horny–often, all at once. If Chrissie Hynde and Billy Bragg had a kid raised by Madonna and Ani DiFranco, he’d probably sound exactly like me.”  Rexy Spice got his start in his hometown of Winnipeg, spouting angst-ridden spoken-word poetry at local coffeehouses. After a few guitar lessons, he started setting his words to melodies and chords. After moving to Toronto, he began to share stages with noted local queer icons such as Crackpuppy and Ryan G. Hinds. Making waves at events like Queer Idol 2010 (where he made the semifinals) and Pride Toronto 2012 (CPSS stage), he also blagged his way onto an episode of MTV’s 1 girl 5 gays.  In 2014, he finally began the formal process of crafting an album that reflected the best of his uniquely melodic, incisive and explicit creativity. Recorded over two years, the ARSENAL album was ultimately released in early 2017, featuring the single "Asian Driver."