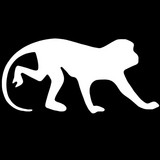 Monkey Mind was formed in Autumn 2016 in Nicosia, Cyprus by guitarist Andreas Georgiou and vocalist Christodoulos Pavlides who had previously coexisted on several different bands since 2009. With the last band Incognito, a fusion of English and Greek rock, facing difficulties and eventually disbanded, they reached out to Berklee alumnus bassist and songwriter Christos Stylianides to join for the formation of a new solely English rock/hard rock/alternative band. Eventually, with the addition of drummer Doros Foks, Monkey Mind was born. Recordings, which had already began with the members of the previous band Incognito, continued and 4 songs were completed by the end of 2016. Single 'Feel like Movin' On' was released and three more songs joined it to form the self-titled EP 'Monkey Mind'. After about a year of inactivity due to personal issues, the band got back together in summer of 2018 with bassist Chris T. replacing Christos who departed for personal/professional reasons.