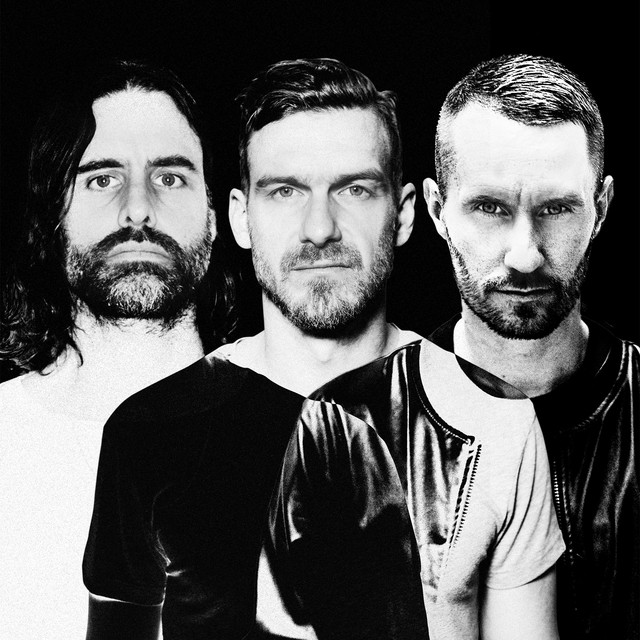 Miike Snow is an indie electro-pop trio that comprises writer/producers Christian Karlsson, Pontus Winnberg, and Andrew Wyatt that debuted in 2009 on the label Downtown Records. Based in Stockholm, Sweden, Karlsson and Winnberg are best known as the production duo Bloodshy & Avant. As such, they worked with a range of international pop stars during the early 2000s, including Britney Spears, Madonna, Kylie Minogue, and Ms. Dynamite. Most notably, their production of Spears' 2004 chart-topping smash hit "Toxic" won a Grammy Award for Best Dance Recording in 2005. Based in New York City, Wyatt is a writer/producer who formerly collaborated in the groups Black Beetle and the A.M. with Joan Wasser and Michael Tighe, respectively. He's also an in-house producer for Downtown Records (Spank Rock, Amanda Blank) and a member of the band Fires of Rome, which made its full-length album debut with You Kingdom You (2009). Founded in 2007, Miike Snow brought the talents of the three together in one group, and the commercial debut single "Animal" was released on Downtown Records in 2009. A batch of promotional MP3s was also released and proved popular in the music blogosphere. Among this initial batch of MP3s were the songs "Animal" and "Burial," along with remixes of these songs by DJ Mehdi, Crookers, Benny Blanco, and Treasure Fingers; plus, there was a Miike Snow remix of the Vampire Weekend song "The Kids Don't Stand a Chance." The trio's full-length album debut was released later in the year on Downtown Records and the group departed for a North American tour. In 2012, they founded the indie label Ingrid with Lykke Li, Dungen, and Peter Bjorn and John, before releasing their second full-length Happy to You. The group followed up with the record III in March 2016. The album was led by the singles "Heart Is Full" and "Genghis Khan." ~ Jason Birchmeier