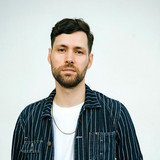 Joe Stone is the alter ego of Dutch artist Maurice Oude Booyink, who's been working as a DJ/producer for years. Initially making waves with a popular 90s styled house sound, he's by now evolved into an allround hit producer, producing timeless tunes and remixes for some of the biggest names out there. Joe Stone's first single 'The Party (This Is How We Do It)' gains lots of attention in summer 2015, as it toys with the eponymous 1995 Montell Jordan hit, repackaging it in a solid 21st century house groove, featuring the original vocals approved by Montell Jordan himself.   Cool stuff, rising to the #1 spot of Beatport's main chart within a week after its release in May 2015, while gaining support from loads of DJs out there it put Joe Stone on the worldwide radar and entered the official UK Single Chart. By now, the track counts over 33 million Spotify streams. His release with Cr3on, ‘Is It Really Love’ (released in 2018) was another milestone. Reaching #1 Trending track on 1001 Tracklists, it by now has streamed more than 31 million times on Spotify. This resulted in a massive increase of his listeners, including his monthly ‘Sound Of Stone’ radioshow. And now, as 2020 is in full swing, Joe Stone has already made some serious moves, releasing a sweet collab with Camden Cox in the shape of 'Mind Control', followed by the much anticipated teamup with Four Of Diamonds, resulting in the mesmerizing new single 'Superstar'.